Moles are small creatures that live underground, they dig their way through tunnels hunting for food. Moles have large paws that are adapted for digging, in return destroying lawns and gardens.

WHAT IS A MOLE’S FOOD SOURCE

They do not eat roots, but cause damage indirectly by eating earthworms, grubs and other small invertebrates in the soil. The mole runs are literally “worm traps” the mole senses when a worm falls in the tunnel and quickly kills and eats the worm. They do provide some positive contributions to the soil, gardens and ecosystem, including soil aeration and eating of slugs and other small creatures that do not eat plant roots.

Breeding season is usually from February through May. Males search for females by letting a high pitch squeal and tunneling into new areas. Moles produce a litter of 2 to 5 pups between March and April. Pups leave the nest 30 to 45 days after birth to find their own territory.

Grub insecticides should not be applied to control Moles. Learning to use repellents, traps and baits will greatly increase your ability to control moles. Trapping and baiting have become the best methods for mole control due to the feeding habits of moles. They feed frequently allowing effective batting or trapping in a few hours. 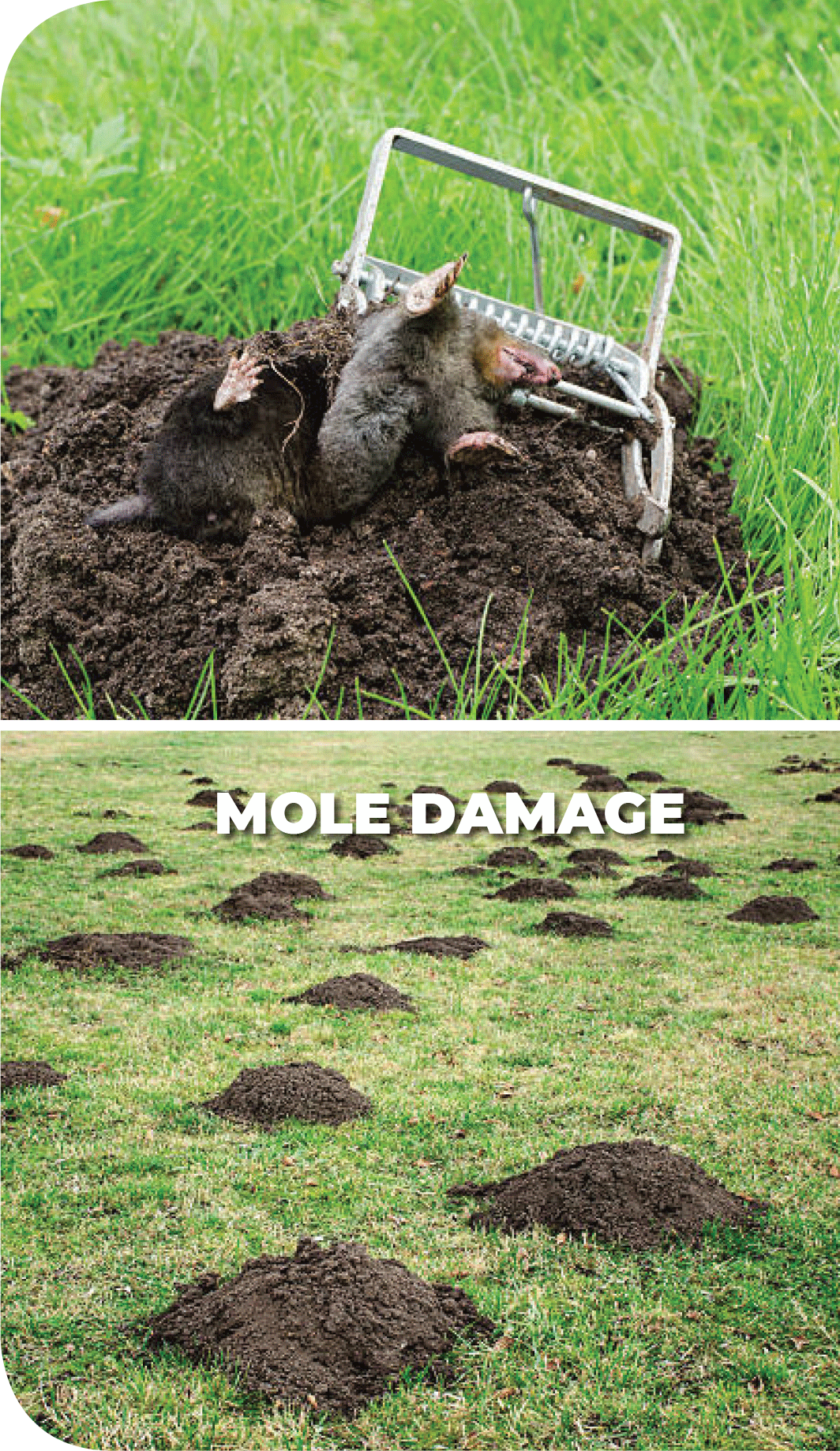 We didn’t build a team of experts to keep all this knowledge to ourselves!  Visit our learning center and stay up to date on current turf information.

We would love to chat about your turf. Let us provide you with a free on-site estimate. Please fill out the form below and one of our specialists will contact you within 24 hours.

We take your personal information very seriously. We will not share any of the information you provide with any 3rd parties. Provided information will be used specifically to contact you in regards to Parshall Turf Care Experts opportunities.